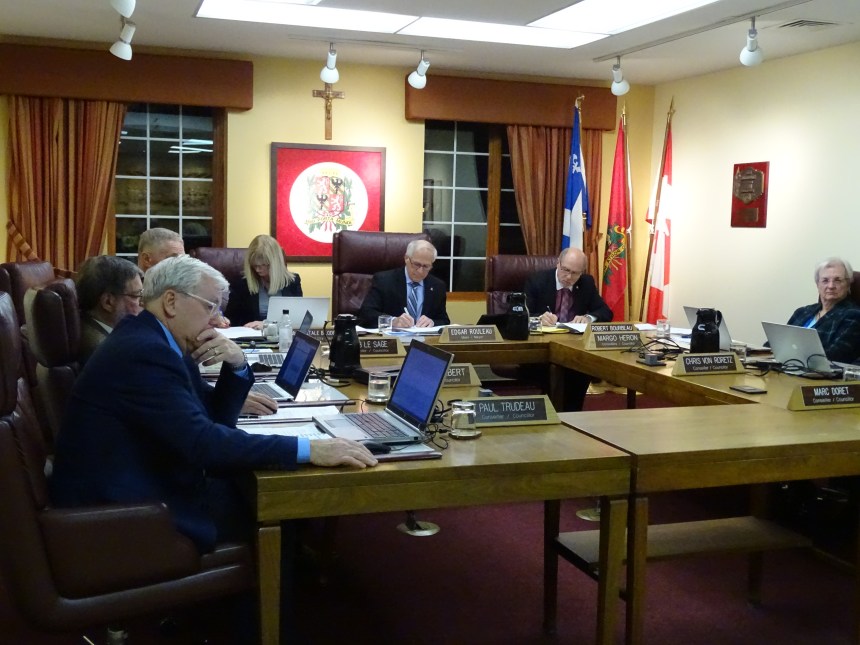 In a unanimous vote, the Dorval city council resolved that the 2018 agglomeration budget would be rejected. By doing so, Mayor Edgar Rouleau, the representative for Dorval and Île Dorval, has the authority to speak against the budget at the city of Montreal’s council meeting.

Mayor Rouleau will be joined by the Association of Suburban Municipalities, the other 14 Mayors of demerged municipalities. The move might be only symbolic, as their voting power only represents 14%, but they feel they must do something.

They plan to meet with disgruntled city borough mayors to team up and confront Montreal Mayor Valérie Plante to voice their concerns at the Montreal Council meeting.

Agglomeration fees are paid annually by the 15 demerged cities in exchange for services like police, firefighters and others, and are scheduled to increase by an average of 5.3 per cent in the 2018 budget. As it stands, Dorval will have to pay an additional 4.2 per cent, or $2.9M.

« There were a couple of hundred people, with quite a few public officials present. The main topics were lack of representation for the demerged municipalities and a demand that the Quebec Government step in, » said Dorval District 5 Councillor Christopher von Roretz.

The hope of those at the rally is that Mayor Plante revisit the budget, and failing that, for the provincial government to review the « unfair » agglomeration system that has been in place since the demerger.