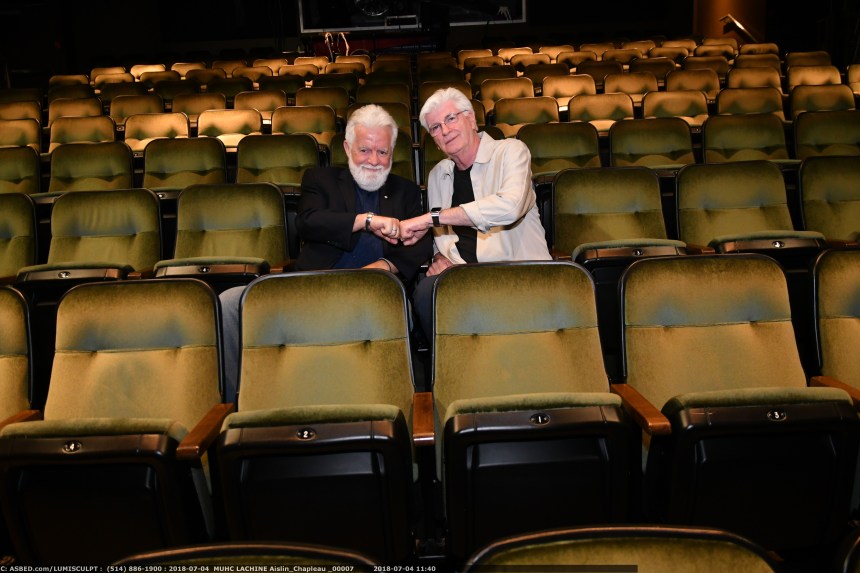 During the event, Mosher, better known as Aislin, and Chapleau gave anecdotes about personalities and politicians they have met in their careers and discussed the process of putting together a daily cartoon.  They also answered questions from the public.

« People are very curious about cartooning, so we simply had a conversation with the audience, » Mosher says.

Organized by the Lachine Hospital Foundation, the event raised money that will be used to purchase new equipment.

« This was a unique event that was unlike any other in the city. It was bilingual. Serge presented in French and Terry in English. It epitomizes what Montreal is all about, » says Monica McDougall, executive director of the foundation.

The setup was quite simple. Mosher and Chapleau sat at a table on one side of the stage, and cartoons were projected on a large screen next to them.  More than a hundred cartoons featuring former Prime Ministers Pierre Elliott Trudeau, Jean Chrétien, Brian Mulroney, Paul Martin and current PM Justin Trudeau were shown.

Mosher, who is 76-years-old, admits he is slowing down and is glad he had the opportunity to « go out with a bang ».