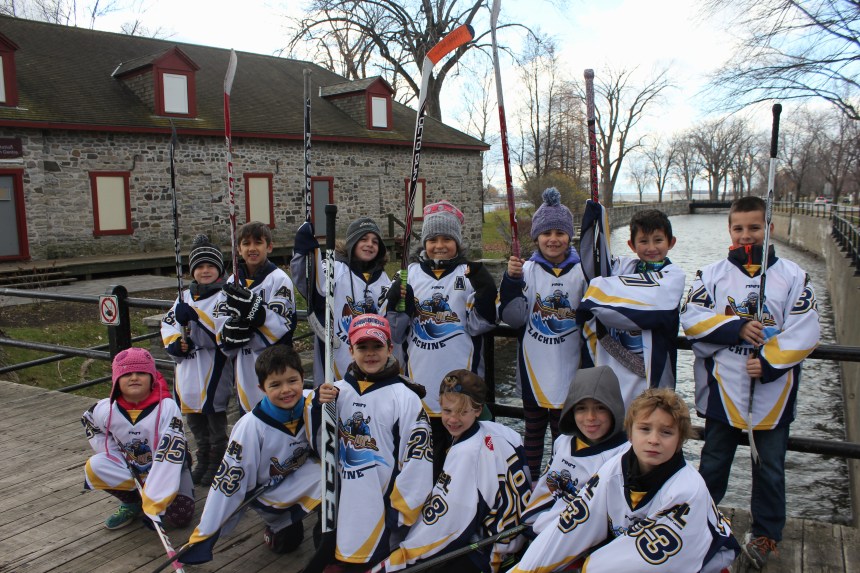 Les Trappeurs, Lachine Novice B hockey team, got the chance of a lifetime on Sunday when they got to face off at the legendary Bell Centre.

They were one of 32 teams selected to take part in the 17<V>th<V> ESSO Minor Hockey Festival and grace the same ice as Carey Price, Max Pacioretty and PK Subban.

“The kids were so excited when we told them, it was unbelievable,” said head coach Sylvain Camel. To enter, participants had to submit a photo of their team in a well-known part of their city. Keeping in line with their team name, Les Trappeurs posed by the Fur Trade at Lachine’s National Historic Site.

The contrast of the landscape with the hockey team led their photo to be selected in the top 10 of over 250 applicants.

“There was such a sense of pride for them to go there—to get to play where the Canadiens played the night before,” said Camel. He had watched the game with his daughters from home, knowing that they would get to play on the same ice the next night.

“They were a little bit overwhelmed,” said Camel. “They were playing on this huge ice with all the fans around and the ambience. It took them a while to get going.”

Despite a 6-0 loss to the Hockey Experts Sherbrooke, the eight and nine-year-olds were not discouraged. “I can now say I lost a game at the Bell Centre,” said team captain, Jesse Simonian, with a smile.

“It was an amazing experience, the kids had a blast and I’m sure they’ll remember it for the rest of their lives,” said Camel. The fun wasn’t just for the kids, though. As a coach, Camel was excited to see the arena from the other side.