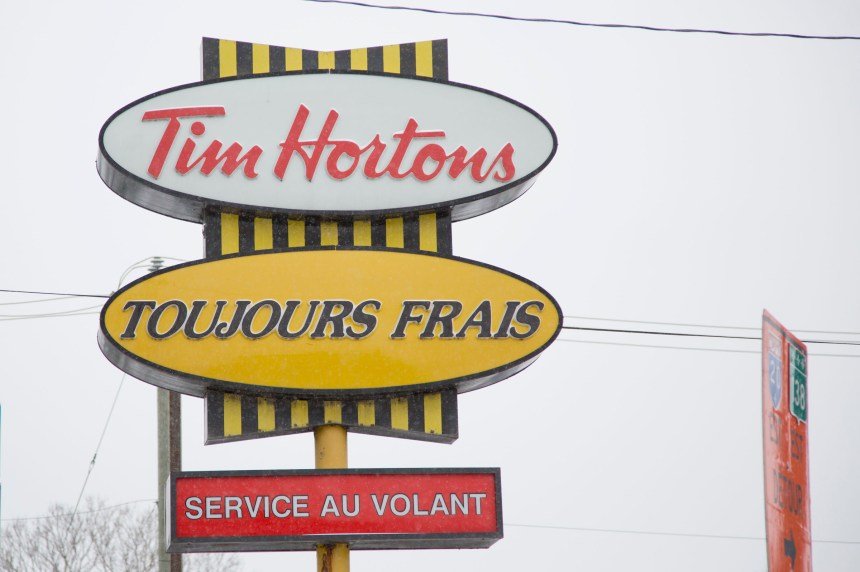 Photo: FELIX O.J. FOURNIER/TC MediaA project, that has not been finalized, could bring Lachine residents a new Tim Horton's depanneur and a service station.

Lachine may be getting a new Tim Horton’s as part of the first project to be adopted by the borough thanks to the amendment of a zoning by-law.

“There is a project that would be a service station, dépanneur, and, maybe I shouldn’t say it, but a Tim Hortons,” said Mayor Claude Dauphin at town council Monday. “The dossier is going ahead well, and this is a step, tonight,” he said.

The project, that has not been finalised yet, would be about 500m from a Petro-Canada station, at the intersection of 25th Ave. and Rue Victoria. The amendment was analysed by the borough after receiving a request from the applicant, according to Serge Simard, a spokesperson for the city.

The borough supported the amendment for four reasons: they would retain control of the multiplication of service stations on the territory, Victoria Ave. has become a major transit artery since extending east of George V. Ave., adding a service station is part of continuing business development in the area and that the ratio of service stations-to-square-kilometre would remain less than neighbouring boroughs.

A public consultation was held on the zoning change before council Monday night that no residents attended. A registry opposing the change can be opened within 45 days of adopting the amendment. At this time, no registry has been opened.