This Pub is a Hub 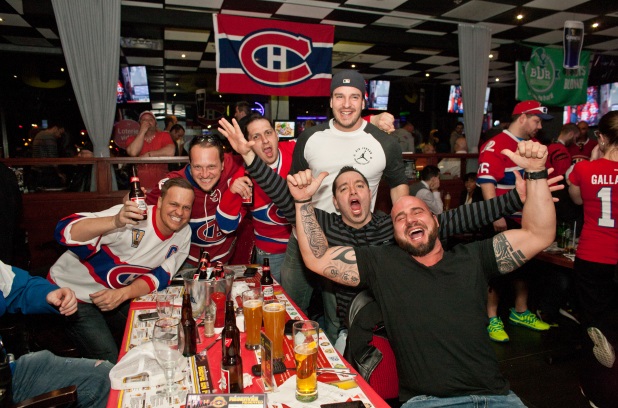 Even though it is a couple of weeks away, everyone working at the Brasserie des Rapides is getting prepared for their annual Super Bowl event. For 28 years they have been hosting a party, and while spirits are being raised by the game, money is being raised for charity.

For just over a quarter century, the Macri family has been offering the citizens of LaSalle a community hub through their restaurant and bar. Their Super Bowl party is well known and attended.

« We have been hosting the Super Bowl for a long time and we try to make it the place to be in LaSalle, » explains Domenic Macri, manager of the bar. « My dad always wanted us to be a place where people want to meet and share a good time. And somewhere where we could give back, » he says.

This year the bar will be showing the game from an American feed to catch the commercials. They will also be raising funds for the Children’s Hospital by raffling off a Habs jersey, a Shocktop beer-inspired bicycle and NFL memorabilia.

Sam and Maria Macri started this landmark in 1990 and from its opening year, Sam wanted the Brasserie Des Rapides to be actively involved in the LaSalle Community. He passed away in 1994, but as a way to keep his memory alive his wife and children continue his charitable legacy.

« My father was always involved in the community. He focused on being at the service of his customers and LaSalle. It showed that he cared and we have had that loyalty reflected in our customers who keep coming back, » explains Domenic Macri.

The Brasserie supports local sports teams, churches, fundraising entities and community groups and events, and has done it with pride and a sense of duty. Almost every Sunday, the Brasserie hosts Spaghetti-a-thons for different causes they care about.

Located on Champlain Blvd., in a regular looking strip mall, the Brasserie is a testament to customer service, family bonds and loyalty.

Loyalty runs deep in the Brasserie from the staff to the clientele. France has been here 16 years, Carmen, 18 years and Liette has been serving for 23 years. They have been serving some of the same customers since they started.

“My boys, after their father died, stepped right in his shoes,” Maria Macri said about her hard-working and dedicated sons.

Their devotion has created a workplace that gets staff to stay and offer service that is appreciated by the many repeat customers. Despite all the pitfalls associated with any restaurant business, the Macri family has made it a priority to serve and be actively involved in the LaSalle community as much as they can.