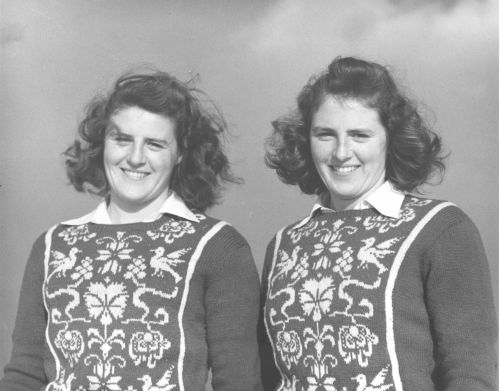 Rhona and Rhoda Wurtele, identical twins who dominated the Canadian ski world in the 1940’s and 50’s, have been appointed to the Order of Canada.  The trailblazing sisters will be honoured later this year for inspiring generations of women to take up the sport.

The women, who live in assisted-living residences on the West Island, both say they are « delighted » by the recognition. The Wurteles will turn 97 later this month.

« It was always fun and that was the secret to our success. It’s a thrill to be chosen to the Order of Canada together because we had so much fun together, » Rhoda says.

The twins both competed in the 1948 Winter Olympics in St-Moritz, Switzerland.  The Wurteles made up the entire Canadian female alpine ski team. Rhoda Wurtele also competed in the 1952 Winter Games in Oslo, Norway, where she finished 9th in the downhill competition.

They never won a coveted medal at the world’s top stage, but the sisters have received a number of awards for their years of international competition.  They were both inducted into the Canadian Ski Hall of Fame in 1982.

« This country is so fantastic, we are so fortunate to be here. We are really just blown away by all this, » says Rhona.

The sisters also coached a number of ski teams over the years and were asked frequently to speak to students at schools across the Montreal area. The focal point of every message was the same – stay active.

« That’s the secret to a long life, » says Rhona with a smile.

While she isn’t able to get to the slopes anymore due to health issues, she tries to ride an indoor exercise bike for at least 30 minutes every day.

Rhoda, on the other hand, still gets out.  At least once a week during the winter, you will find her cross-country skiing in a wooded area near her home in Pointe-Claire.

When the Wurtele sisters receive their honour in Ottawa, they will become the 2nd and 3rd members of their family to do so.  Rhona’s daughter, Margie Gillis, was named to the Order of Canada in 1987.  Gillis is an internationally-renowned modern dance artist.

« Both of these women have been so major in my life. They’re strong women, they are brave, courageous and they think nothing of the physical risks. They have been instrumental in telling me how to age and it’s all about being curious, » she says.

Gillis adds her famous mother and aunt created an exciting world for her entire family to live in. According to her, they are « two of a kind ».