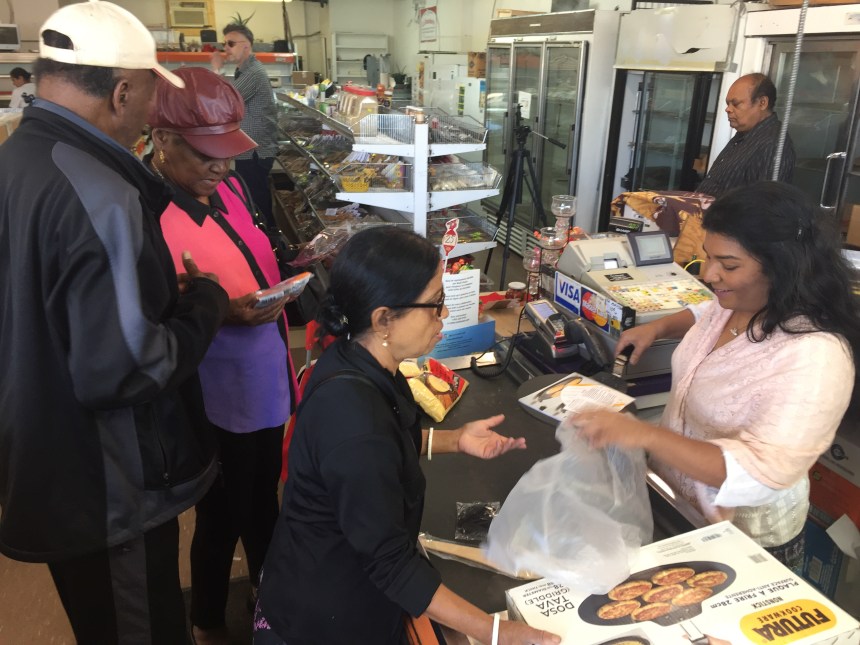 For 44 years, Aliments Ramdas has been serving LaSalle’s Caribbean and Indian communities with a little taste of home.  For some, it was more than a one-stop shop for rare spices and specialty foods. Some regular customers came daily to just talk with store owner Emily Ramdass and her family.  But the gathering place is now closed.

On the last day of August, a Friday evening, Ramdass closed the front door for the last time.

« It’s very surreal. I asked myself is this really happening? We had such a bond with our customers.  There are so many emotions going on right now, » says the owner.

Sales dropped significantly in the last two years. Part of the reason is the city’s decision to redesign Dollard Avenue according to Ramdass.

Motorists travelling south were confronted with the option of making a U-turn in front of the store’s parking lot.  It was never clear if it was legal.  It is still confusing to this day.

« Customers used to call us from their cars in distress, » Ramdass says. « That was the contributing factor to the downfall of this business. Had that not happened, things would have been different here. A lot different. »

Last spring, she began a petition that was presented to the LaSalle borough. The more than 1400 customers who signed it admitted the street redesign made it problematic to get to the store.

« I don’t think there were any problems for accessibility, » says councillor Lise Zarac, adding she met with Ramdass in early August to suggest the family apply for financing from PME MTL, a business-support initiative launched by Montreal in 2015.

« I am very touched by the closure. We want to see stores like this last, » Zarac says.

Ramdass and her family will take the next few weeks to decide their next move. They remain open to possibly reopening their store in a new location.