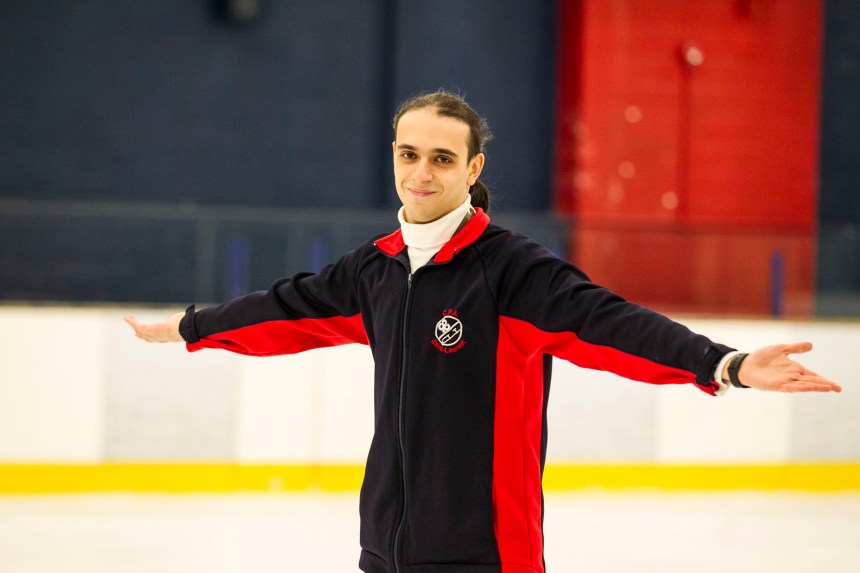 For 24-year-old Emile Baz, who is autistic, the win is a dream come true. “I’m very proud of myself,” said Baz. His love of skating began at six-years-old, when he would skate with his younger sister. He kept working hard as his skills—and love of skating—grew.

“He didn’t get into the Special Olympics right away, that was much later. His love of skating developed,” said his trainer, Louise Gagné. Baz also won a gold medal at the 2011 Canada Winter Games in Halifax.

His success is no coincidence. Baz trains with the Club Patinage Artistique (CPA) in Saint-Laurent at the Raymond Bourque Arena for four hours a week in the winter and two-and-a-half-hours a day in the summer.

“He really wants to excel,” said Gagné. His biggest challenges right now are trying to get his jumps higher and to improve his speed.

“In this club everyone gets to skate together,” explained Gagné. Certain clubs set aside specific hours for Special Olympics training, but at the CPA, that doesn’t exist. “So we follow the regular program. It’s a bit longer but it’s not a big deal. He works really hard,” said Gagné.

Skating is a passion for Baz, something made clear by the smile on his face when he steps onto the ice. “I want to keep going,” he said.

His short-term goal right now is preparing for the CPA show in April, where all the skaters come together to showcase their skills. In a few months, he will find out if he will compete at the Special Olympics World Games in Austria.

Baz doesn’t limit his passions to skating, however. The Concordia student studies art and loves to paint, sing, play guitar and act. He also plays floor hockey and basketball.