New program to bring families together 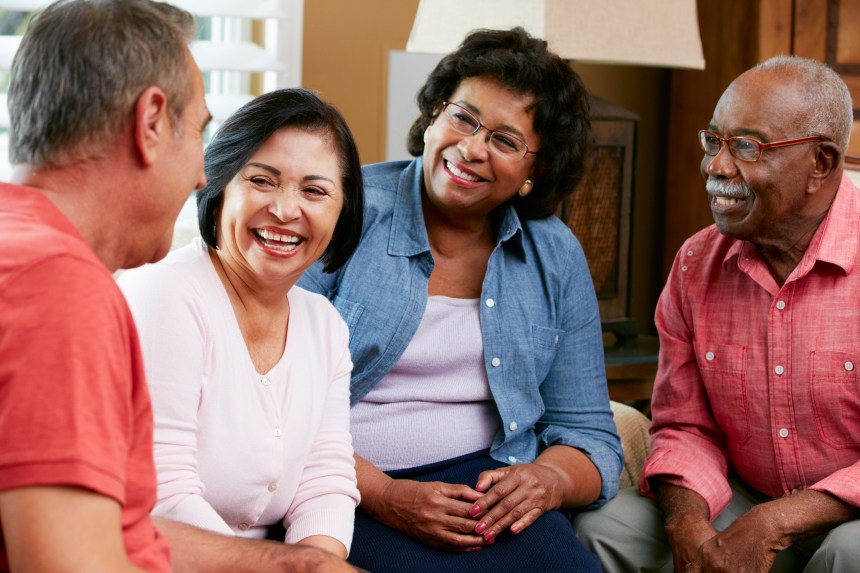 Photo: DepositGroup Of Senior Friends Chatting At Home Together

The program will be free and offered in English, and sessions are expected to begin in late August.

Cozier says the daily uncertainty faced by many immigrants and children of immigrants can sometimes lead to conflict within families. “Immigrant families have many stressors,” she explains. “Refugee claimants in particular can’t always work and don’t know what will happen from one month to the next, and it’s very difficult.”

Adapting to a new culture can also lead to unfamiliar and hard-to-navigate family dynamics, Cozier says. She explains that traditional gender roles may be reversed, in situations where newly arrived women find work easier than men, potentially leading to friction in families.

Children vs parents
Disputes between parents and children can also be an issue, especially when children and teens are at an age when they naturally want to push limits. “For example, since the kids are in school, they may learn a new language faster than the parents,” Cozier says. “Soon, they’re interpreting for the parents and…saying ‘This is how you do it.’ Parents are thinking, ‘We have always been the authority figures, but now the kids are better integrated than we are.’ It’s a major disconnect for the parents and it could lead to conflict.”

Cozier says she gets a lot of calls from concerned parents. “A group of our members got together to decide how best to support people going through difficult family situations…and we want to touch on these topics in a nonthreatening way that will contribute to bringing these families together,” she explains. “We know these aren’t easy topics, especially when people are experiencing stress and economic exclusion, and we want to deal with them in a delicate and compassionate manner.”

She emphasizes that discussions during the workshops will be confidential. “We want people to actively participate and trust us and…it’s very important that people feel comfortable sharing,” she says. She hopes the program will allow families to “see each other in a new light, cut back on interfamilial conflict, and recognize that despite all of the stressors, they are still family.”

Cozier and her colleagues at the volunteer-run LMRC are hoping to involve about 40 families in the program. “We want people to feel comfortable sharing, to embrace their new reality and feel part of their community, of LaSalle, of Montreal and of Quebec,” she says. “We’re not trying to change anyone’s values. We want people to understand what works here, so they don’t have to give up their values.”

Funding a challenge
In the past, the organization has had difficulty finding funding. It currently runs programs out of two local churches, a hockey arena and a military facility. “Space is a major issue and we are looking for core funding to get a permanent location,” Cozier says.

“We are a bunch of volunteers who are trained professionals — social workers, therapists and nurses — who have in some cases been using their own money to provide services to the English-speaking community.”

She adds that a fundraising brunch, held April 29, was “a success with a large turnout” and the centre’s staff were encouraged by the support of city councillor, Lise Zarac.