Pooches in the pool for dog adoption centre 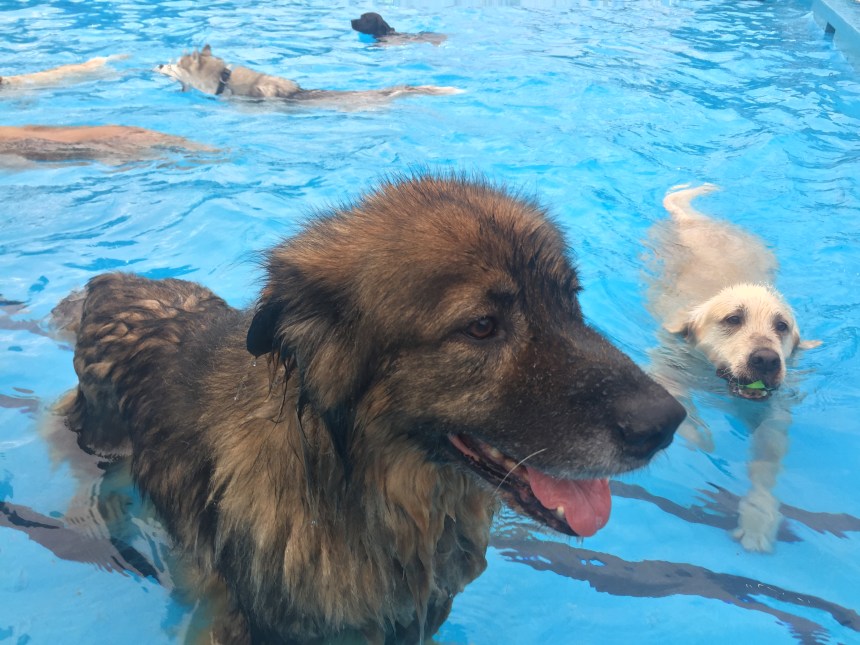 Three public pools in Pointe-Claire and Kirkland went to the dogs in August. Dozens of canines were allowed to jump in the water at Viking, Ecclestone and Cedar Park pools as part of special fundraisers for Animatch, a dog adoption centre.

The dog owners all paid an entrance fee to attend the events. Organizers collected more than $1030 which was all donated to Animatch.

For Monique McKay who attended one of the dog swims, it was surprising to see so many dogs getting along so well. « They should have a dog pool. I think it would be awesome, » she adds.

Animatch is in the middle of a $200,000 fundraising campaign. The charitable organization is moving to a new 13-acre location in Pointe-Fortune, just northwest of Rigaud. The money raised will be used to build sleeping quarters for the dogs.

The new adoption centre is expected to house about 20 dogs.