Chasing a Record in Pierrefonds 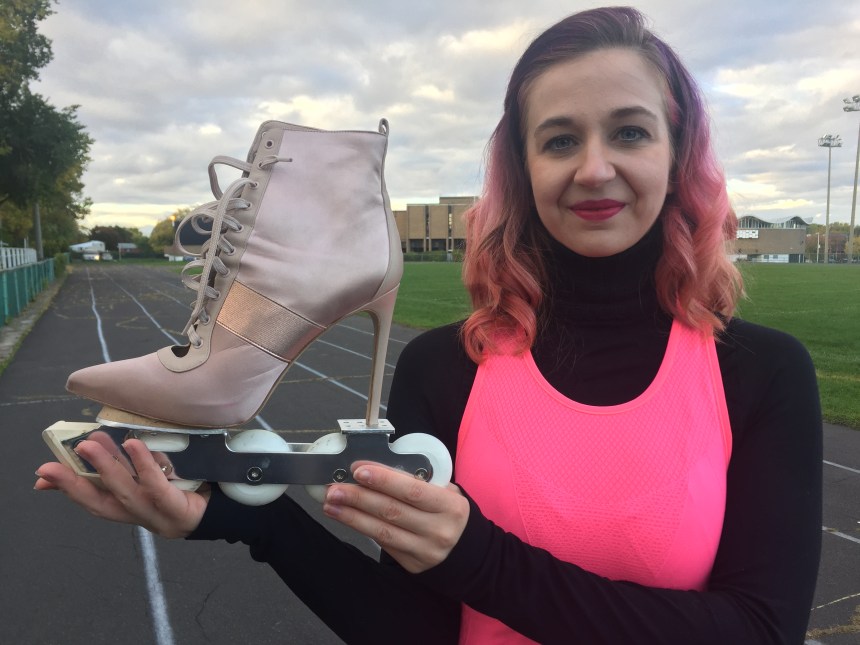 Bianca Rossini grew up loving high-heeled shoes.  She wore them as a teenager and still considers them one of her favourite footwear.  The 23-year-old took her love of stilettos to another level by hoping to have her name in the Guinness Book of World Records.

On October 13, she slipped on a pair of high-heeled inline skates and raced backwards down a 100 metre track behind Riverdale High School in Pierrefonds. She did it in just under 22 seconds.

« It was something on my bucket list, a personal life achievement and a challenge that not a lot of people have, » Rossini says. « I work as a circus artist. I love to entertain and make people happy. »

Yet to be created

The St-Laurent resident has a challenge ahead of her because the category she is competing in doesn’t yet exist in the Guinness Book of World Records.  She is trying to convince officials to create one for her.  There is one for a similar discipline – for the fastest backwards 100 metre on high-heeled <@Ri>roller skates<@$p>.

She made two attempts this month. The first one on October 6, she was timed at 21.84 seconds at the track at Percival-Molson Stadium in Montreal.  Her other attempt, in Pierrefonds, was slightly better: 21.52 seconds.

Rossini has already submitted videos and photographs of her two attempts, alongside several witness statements, to officials in London, England.  A reply to her request is expected by next spring.