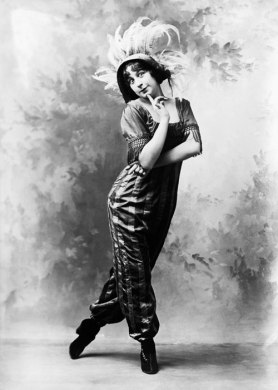 Renowned for a powerhouse singing voice and playful comedic spirit, Fanny Brice was one of the biggest and longest-running stars of the infamous Ziegfeld Follies.

Audiences loved her. As writer Ben Hecht said: “It would be impossible for an audience to laugh louder […] and applaud more violently than Fanny’s audience did.”

But as we know from several famous comedians in popular culture, there is usually a cost to the comedy. As Fanny herself admitted:

“Being a funny person does an awful lot of things to you. You feel that you mustn’t get serious with people. They don’t expect it from you, and they don’t want to see it. You’re not entitled to be serious, you’re a clown, and they only want you to make them laugh.”

The Segal Centre’s production of Funny Girl, the musical inspired by Fanny Brice’s life on and offstage, and popularized by the 1968 film starring Barbra Streisand, will be presented from October 11 – November 1. This rare revival is brought to life by famed director Peter Hinton, whose unique vision for the show will take audiences behind the curtains of Fanny’s feistiness and fame…

“This has for a long time been a dream project as I love the show and love the story of Fanny Brice. It’s a great theatre story, which I love, and I think audiences do too.

I am excited by doing the show in the intimate theatre at The Segal, where more of the sweat and grease-paint of Fanny’s world can be brought to life. I want to return the show to the conception of a memory play, where the past and present are « haunting » Fanny. I am envisioning the entire show taking place in a kind of ruined Broadway theatre of the 20’s… all in the memory of Fanny Brice. The ghosts who haunt Fanny’s mind will play all the characters of her story.”
-Peter Hinton

Gabi Epstein will bring her voice to the role of Fanny Brice and her iconic songs like « People » and « Don’t Rain on My Parade. »

Some Fanny Facts
• Born Fania Borach in 1891 on Lower East Side, New York
• Sick of being called “Borax” or “Boreache,” she changed her name to Brice, which she picked up from some Irish family friends
• Seeking a more glamorous look, she had one of the first “nose jobs” in 1923. Dorothy Parker quipped that “she cut off her nose, to spite her race.”
• Fanny was the first woman to star in a sound motion picture, called My Man.
• She described herself as a “cartoonist of the flesh”