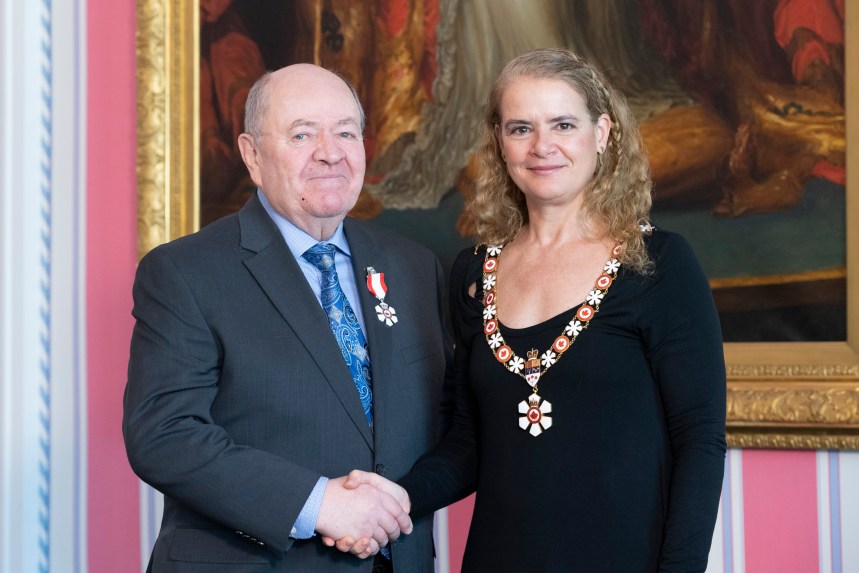 Roman Catholic priest and LaSalle resident Father John Walsh was honoured by Governor General Julie Payette on February 1 at a ceremony at Rideau Hall.  He was named Member of the Order of Canada, a recognition of a lifetime of outstanding achievement to the community.

For several decades, Father Walsh volunteered his time at Nazareth House and Anne’s House, facilities that offer support to homeless Montrealers.  He is also one of the co-founders of the Procure Walk of Courage, an event which raises awareness about prostate cancer.

“It’s not only humbling, it’s beyond that, it’s incredible. You say to yourself, I know I don’t deserve it, I just did what I had to do.  I didn’t do anything extraordinary but somebody else thinks I did and that’s very comforting,” he says.

Father Walsh was a priest at St-John Brébeuf Parish in LaSalle for a decade before he retired in 2010.