Fight still on to save Dorval Golf Course 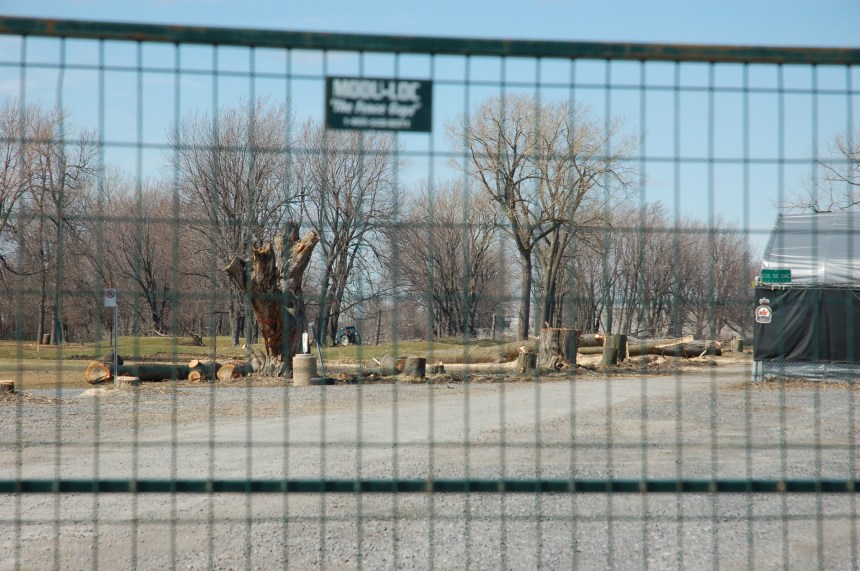 Even if an injunction was denied on Friday, a group of citizens are not giving up. Save Our Green Spaces are calling on the federal government to intervene and stop Aéroports de Montreal (ADM) from turning the Dorval Municipal Golf Course into a security checkpoint.

About 20 people gathered Wednesday outside Lot 7, formerly known as the Dorval Municipal Golf Course, to peacefully protest future construction on the land.

“It’s a matter of presence and showing our disappointment in the airport and the government,” said Donald Hobus, also of Sierra Club Quebec.

“All the security needs are urgent and we need to proceed with this lot, but there’s nothing new to be added at this stage by the airport,” said a spokesperson for the ADM, Marie-Claude Desgagnes.

“All information has been presented clearly to the city and people of Dorval and there have been two injunctions rejected so far by the court.”

Protest organiser, Lisa Mintz, sees a simple compromise to the issue: build it somewhere else . « We know that ADM has 100 hectares of space of their own that they could build . . . [This] is a little piece of the airport which is green and they shouldn’t be allowed to do this,” she said.

ADM has the sole responsibility for managing, operating and developing Trudeau airport under the terms and conditions of a long-term lease with Transport Canada, explained the press secretary Delphine Denis for transport minister Marc Garneau, in an email.

Mintz highlighted a concern for migrating birds being affected by trees being felled, while residents near the lot have a separate list of issues.

“Now the golf course is acting as a buffer zone,” said Suzanne Fuchs, a resident of Thorncrest Ave. She is concerned with noise from the airport and lights from the security checkpoint.

ADM has said it intends to build a sound barrier and will inform residents of sound mitigation measures, according ADM’s documents.

“I don’t want to look at a wall all the time,” said Fuchs.

Hobus stressed the environmental impact of a “heat island” created from asphalt and buildings. “Green reflects heat, trees give off oxygen,” he explained.

Trees on the site are between five and 75 years old, according to a response from ADM to a Sierra Club news release. Mintz suspects they are older.

ADM intends to keep a 25-metre strip of woodland between Thorncrest Ave. and the lot, as well as a 185-m buffer zone between the residential and the aircraft parking areas.