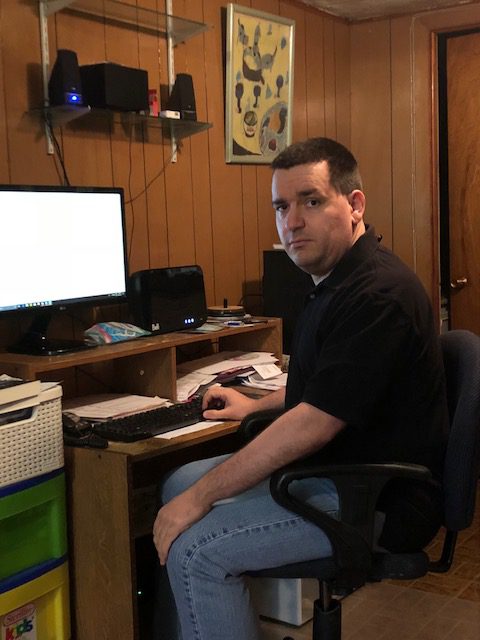 With the resurgence of role playing games like Dungeons and Dragons both online and through pop culture references, coupled with the popularity of shows like Game of Thrones, the time was ripe for LaSalle’s Sebastien Busque to release his new fantasy novel. Based on a character built over years of role-playing and gaming, Upon a Star, Tome 1: Karyana’s Journey is the first book in a planned series.

Inspired by the strong women in his life, Busque wrote his novel with a strong female protagonist, but the idea for her story came years before. During his childhood, there was some bullying and he felt out of place in school. Video and role playing games helped him cope.

« I felt like being someone else would be better. Watching previews of the film Dr. Jeckyll and Miss Hyde, and reading manga made me curious about life as another gender. I started making my online and role-play characters female, » Busque explains.

He eventually created a singular heroine, Karyana Destine, and gave her a rich backstory until she became the star of her own tale and his novel.

Upon a Star, Tome 1: Karyana’s Journey, explores the character’s coming of age from an adopted child to her awakening to magic. Her misadventures end up leading her along a path decided by the Planars, her Gods, whether she likes it or not.

Set in the world of Medierth, the story features locations loosely based on real life places like Quebec’s Citadel as the protected domain of the « Magelords » and the town of Cavnira based on Turkish open-air markets.

Busque’s history helped his creative process as the novel came into being. « Writing was a trial-and-error thing for me, but I’ve always been hooked on fantasy from Choose Your Own Adventure’ books, to video games and cartoons, so Karyana’s story just poured onto the pages, » he said.

For almost six years, he used every waking moment away from his day job to write his opus. It took 15 months of these down-time moments, writing for hours every night, to get the first book done. Though not able to live off the proceeds of his novel so far, Busque is editing his second tome and he is enjoying the process.