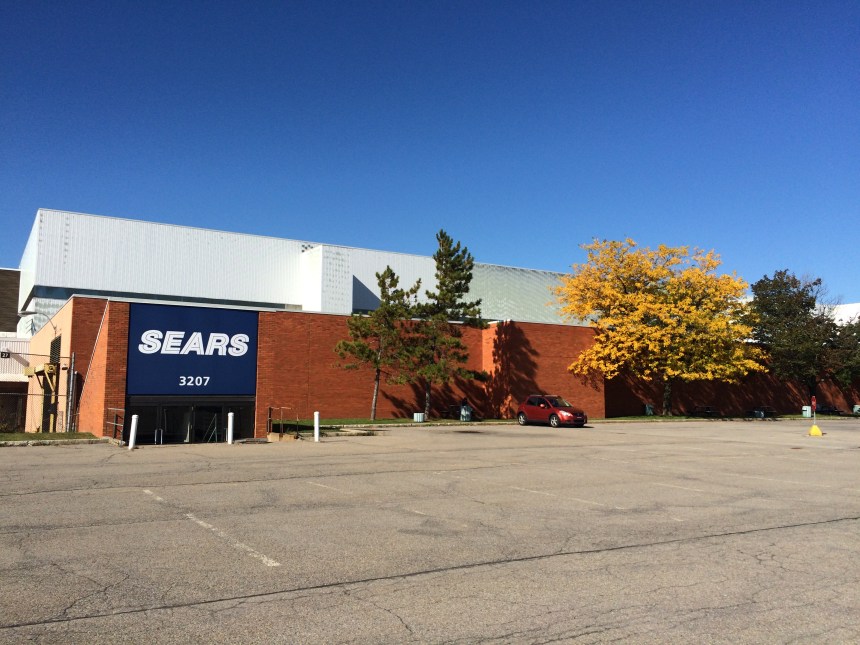 There will be no more Sears stores in Canada. A superior court judge approved a request to close all of its remaining stores, including the Saint-Laurent and LaSalle locations, offering shoppers good deals but costing Quebec 2,663 jobs. Liquidation sales in their retail stores are expected to start on October 19 at the earliest and last no later than January 22, but job layoffs have already begun.

Friday the 13th has taken on more negative connotations for customers and employees of Sears as the company was declared officially bankrupt.

The news was not unexpected, but employees are still upset. « I started at Sears in the 1970s in the hardware department of an Ottawa store. Sears has been my second home. We tried to find someone to bid on and buy the company but nothing materialized, » said Vice-President, Investor Relations & Corporate Communications, Vincent Power, who understands the disappointment.

One cashier, who wished to remain anonymous, was pessimistic since this summer. « As soon as they applied for bankruptcy in June, I knew it was over. I am still looking for work. »

During the restructuring process, Sears did manage to divest certain assets. They were able to sell Corbeil Appliances to Am-Cam Électroménagers and SLH Transport to C.A.T. Both companies will continue to operate and a majority of the jobs should be safe.

Customers who are worried about the warranties need to know that after October 18, Sears will no longer be able to honor their Protection Agreements. Delivery service will continue to be available until November 30, and gift cards and Sears Club Points will be accepted throughout the liquidation period but all sales will be final and non-refundable.

The most pressing issue for long-term employees is the status of their pensions. Conflicting stories have emerged about what will happen. « Now the courts have to decide whether the plan will be run by an administrator or paid out in a lump sum to pensioners as Sears is not involved in it anymore. Sears Canada cannot take the pension plan money or touch it. » Power explained.

But until the matter runs through the courts, pensioners are in a limbo.

Sad end to a proud legacy

Analysts believe Sears failed to adapt to a changing marketplace and lost its market to Walmart, Canadian Tire, Costco and more recently, Amazon.

Teenage customer Isabella has her own theory for the store closing. « It had a dead energy. It was boring and quiet and I won’t miss it. » Older customers like John lament the closing. « I remember coming here with my mom on weekends. I feel nostalgic. It is a loss, for sure. »

The demise of Sears is affecting everyone in the company, even senior management like Vincent Power. « It’s been most of my life and I have met great people in this company. I’ll tell you one thing; the closing is not from a lack of effort. From my early days people loved working for the company. That’s why there is so much staff disappointment. It’s sad, but it is what it is and we will all try to move on. »

And so Sears, founded as Simpsons-Sears in 1952, has followed Eaton, Zellers and Les Ailes de la Mode into the annals of retail history and the retail landscape in Canada has withered even more.