A Mother Fights Back 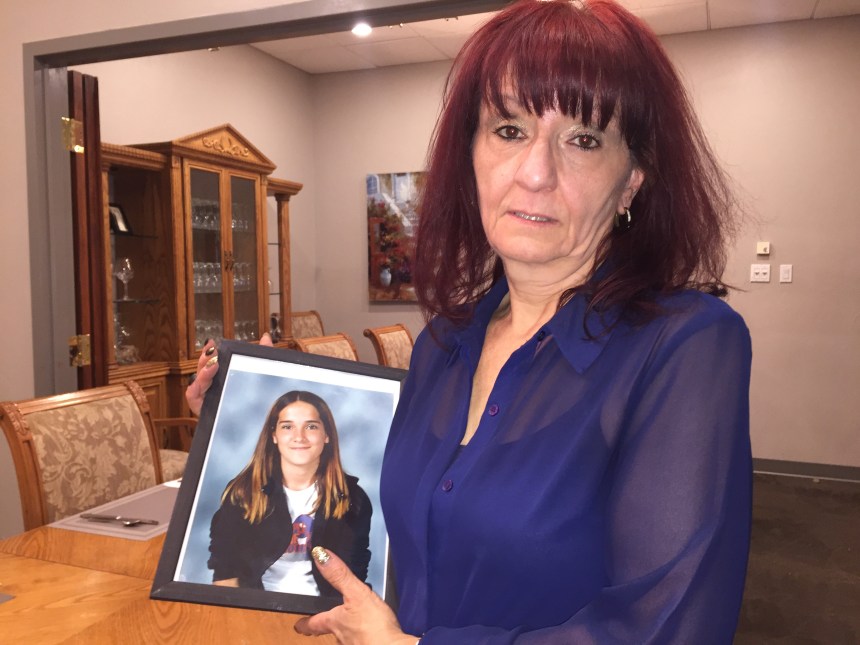 The mother of murder victim Brigitte Serre is furious with a request made by one of her daughter’s killers. Next month, Sébastien Simon wants to be granted by the Parole Board of Canada an escorted temporary visit out of prison.  Anna-Lisa Repele calls that a « slap in the face ».

Repele has organized an online petition demanding Simon’s parole request be denied. She plans to present it to the panel of commissioners at the hearing. So far, more than 2700 people have signed the petition.

« I don’t think he should come out and he should pay his dues. He did something wrong and he’s got to pay, » she says.

Brigitte Serre was stabbed to death while working alone at a Shell gas station in Saint-Leonard on January 25, 2006. She was 17. Simon and an accomplice tied up, repeatedly kicked and stabbed her 72 times during an attempted robbery.

After fleeing the scene and hiding out in Edmonton, Simon was arrested and convicted of first degree murder. He received a life sentence but he is eligible to make a request for parole after serving 25 years behind bars.  He has served less than 13.

« Why is he allowed to get out and have a good time? Brigitte is gone forever. All this is very draining. I don’t know why we have to go through all this, » the 59-year-old says.

The two other suspects, Tommy Gagné and Joel Nantais, were also convicted in connection with the crime. Gagné pleaded guilty to second-degree murder but died in prison a few years ago. Nantais, the getaway driver, has served his sentence.

According to Parole Board of Canada spokesperson Philippe Mercier, the hearing will likely take place at the federal correctional facility in Sainte-Anne-des-Plaines where Simon is currently detained.  A hearing date has still not been set.

Repele plans to testify during the hearing.  The victim’s father, Bruno Serre, is also expected to attend and read a victim’s impact statement.  Other members of the victim’s family will be present.

Until then, Repele wants to mark the 13th anniversary of her daughter’s death by laying flowers next to entrance of the convenience store where Serre died. The grieving mother has done it every year since her death.

« I avoid going there if I can, but a group of family members will be there. It’s been 13 years. I still can’t believe it, » she says.

For Repele, time has not helped bring closure.  She says the emotions are still there like they were in 2006.

It is the second time she has gone through that process. In 2014, Repele also launched a petition to prevent Tommy Gagné to be released.  He died in prison shortly after.