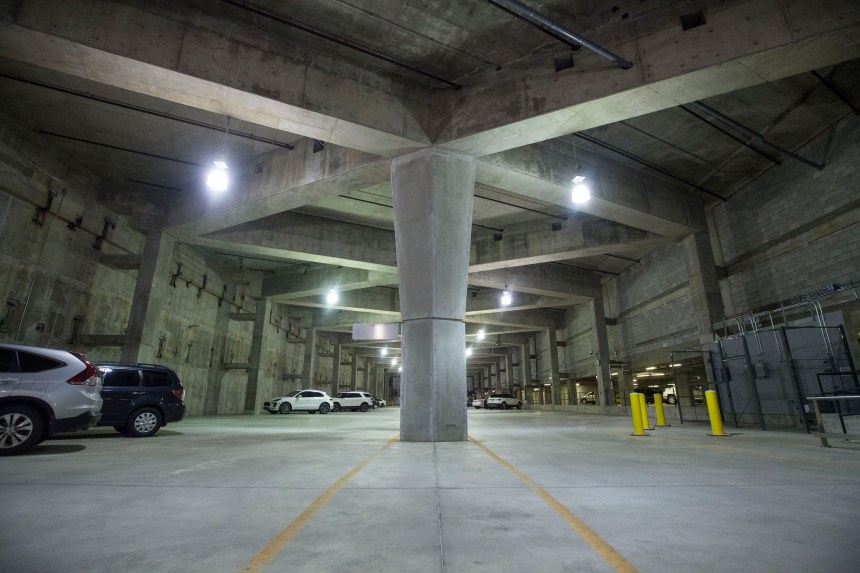 Curious how the proposed light-rail transit will affect the Dorval-Trudeau Airport? TC Media has all the details, plus a peek into the $40-million train station the Aeroports de Montréal built in 2009.

Aeroports de Montréal (ADM) has been waiting over a decade for this kind of commitment, and they have the train station to prove it. ADM included a $40-million train station underneath the new U.S. departures pavilion, right next to the S3 level underground parking, constructed in 2009.

The train would enter the station from the outside, possibly going around the airport land and entering via Lot 7, the former Dorval Municipal Golf Course. Passengers would debark in the centre of the airport, between U.S. and international arrivals, explained vice-president of communications for ADM, Christiane Beaulieu.

The $5.5-billion Réseau électrique métropolitain would link Brossard, Deux-Montagnes and Ste-Anne-de-Bellevue by a light-rail transit (LRT) network passing through downtown Montreal and connected to the metro. That’s more accessibility for tourists and the 8,000 employees that pass through the airport every day.

Travel time from the airport to downtown is expected to be 25-30 minutes. Current public transit takes about an hour and up to 45 minutes by car.

Construction impact of the project is expected to be minimal. ADM already planned work on the airport ramp and short-term parking lot. “It won’t disturb much,” said Beaulieu.

The cost to ADM is unknown at this time, though a large investment was already made when ADM train station was built. The platforms of the station still need to be constructed, as well as opening the walls of the station for entrances and exits. Ridership and engineering studies already conducted by the airport cost in the millions.