There’s something about Mary! 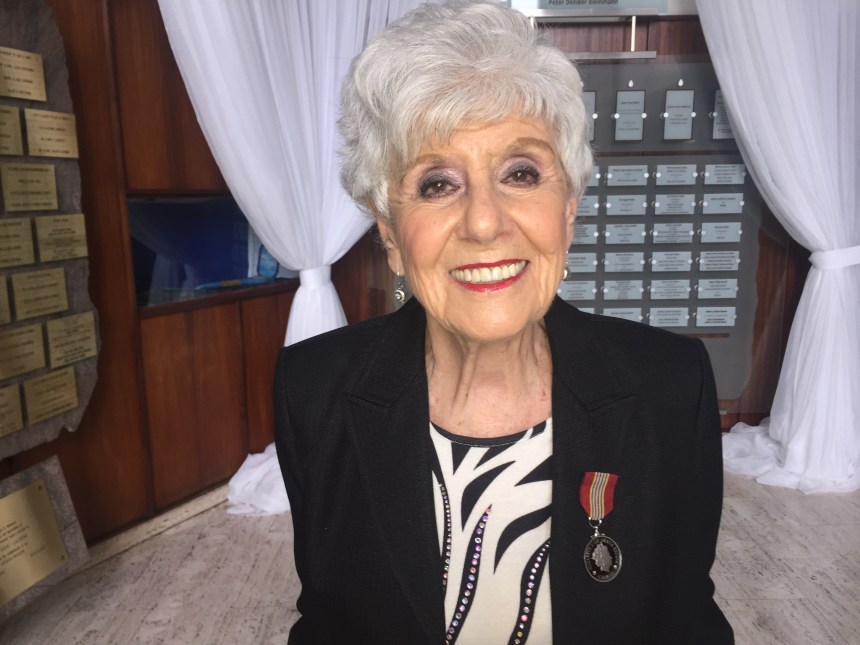 For about 90 elderly men and women in Saint-Laurent, the Congregation Beth Ora is a weekly gathering spot. Some call it their second home.  The synagogue on Badeaux Street is where they conversate, play cards and sometimes exercise.  The person who puts together the activities is 87-year-old Mary Boeko, a self-described « ball of energy ».

Boeko is the president of the synagogue’s seniors association. She doesn’t accept a dime for her work. Boeko has been a tireless volunteer for close to two decades at Beth Ora, and she’ll tell you that’s the way she wants it to stay.

« I believe I was put on this Earth to help people, » says Boeko. « My father was the same way. I’m exactly like him. He helped loads of people. »

The volunteer has donated her time to different community groups for more than 50 years. Before joining the team in Saint-Laurent, she helped out at the Young Israel of Chomedey synagogue in Laval.

« My sister-in-law would tell me go get a job. You should be paid for what you do. I told her I do this because I get satisfaction helping people. That’s why I do it, » says Boeko.

Last month, Boeko was honoured for a lifetime of giving.  She received the Sovereign’s Medal for Volunteers from the Governor General of Canada.  It recognizes exceptional achievements of Canadians to their communities. Boeko received the award during a Saint-Laurent Council meeting on September 4.  She was one of three Saint-Laurent residents to receive the prestigious recognition.

Boeko has no plans to slow down anytime soon. She’s already planning events at the synagogue through to the new year.

Boeko is encouraging all Saint-Laurent seniors of the Jewish faith to join Congregation Beth Ora. She guarantees to keep you entertained.