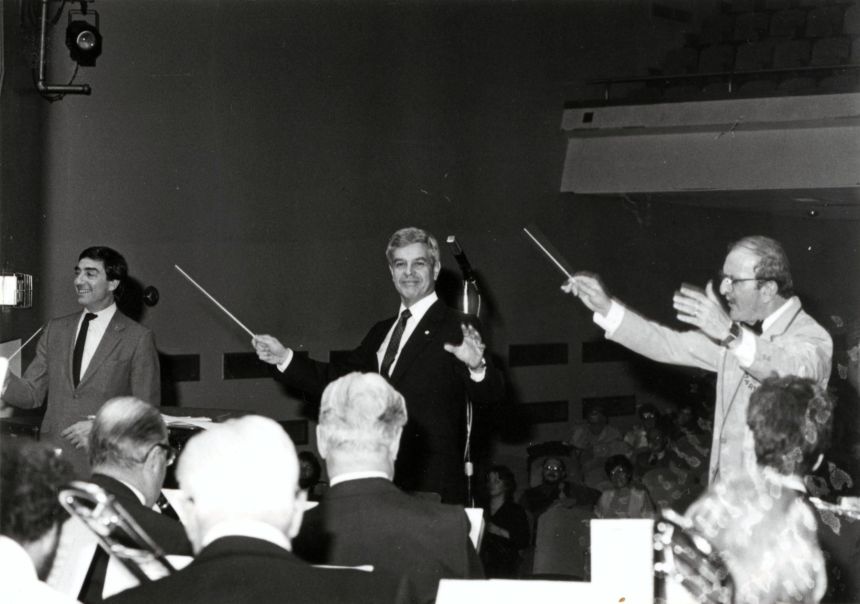 As Lachine’s community band gets set to turn 100 years-old, professional trumpet player and music professor, Ron Di Lauro, looks back on picking up the horn with his father in the Lachine Concert Band over four decades ago.

Every Tuesday in the summers of 1976 to 1979, Di Lauro would go to work with his father at his uncle’s lock shop. The duo would then drive to Di Lauro’s grandmother’s house for supper before heading off to rehearse with the band.

Di Lauro’s father, Migo Di Lauro, led the band from the mid-1970s until the late 80s, though Migo was playing with Lachine, and other bands, years before.

Growing up with that musical influence, Di Lauro, who has played on Broadway and with the likes of Aretha Franklin and Tony Bennett in his close to 40-year career, still looks back at the Lachine Concert Band fondly. “[It’s] always been close to me, despite all of my professional accomplishments outside of that,” said Di Lauro.

The musician and conductor decided on a career in music when his father took him to a rehearsal one night. Di Lauro remembers telling his father in the car ride home that music was what he wanted to do. “I wanted to pick up the trumpet more seriously, and go on to study music.”

The members of the band were the old boys of the amateur music scene. “They were all a bunch of friends and musical colleagues, and they liked to freelance around and play in the different bands because of their love of music,” Di Lauro said. Many of the same members were playing together since the late 1960s.

The experience with the band gave Di Lauro a leg up for his professional career. “All of my musical expressions, emotions, came from learning all that repertoire that we learned with the band. I’d go home singing it in my head and it would stay until the next rehearsal.”

Lessons from Di Lauro’s father came from conventional and not so conventional places. “I was learning from him playing in the band under his direction, then in the car, on the way, I would ask questions. He would confide in me the weaknesses in the band, from time to time.”

Talking to a lot of the musicians who knew his father, who passed away in 1989, Di Lauro said they all had a story about how proud he was of his son, “but he would never tell me,” Di Lauro laughed.

Though he did have the chance before it was too late. “My mother said ‘Are you proud of your son,’” recalled Di Lauro. “He said ‘Of course,’ so she said, ‘Then tell him,’” laughed Di Lauro.

Up until about four years ago, it had been a long time since Di Lauro revisited the band. When he finally did, it gave him goose bumps. “It brought back a lot of memories.” He recalled parking with his father, walking through the stairs and halls with him.

Though it’s hard to find time between being a professional musician, teacher, and having revived another community band, the Sons of Italy (that Di Lauro’s grandfather played for in 1939), Di Lauro hopes to conduct an arrangement for the Lachine Band’s centennial, and play a solo toward the end of the season.

The Lachine Concert Band celebrates their centennial with an inauguration ceremony on Wednesday, Feb. 17.