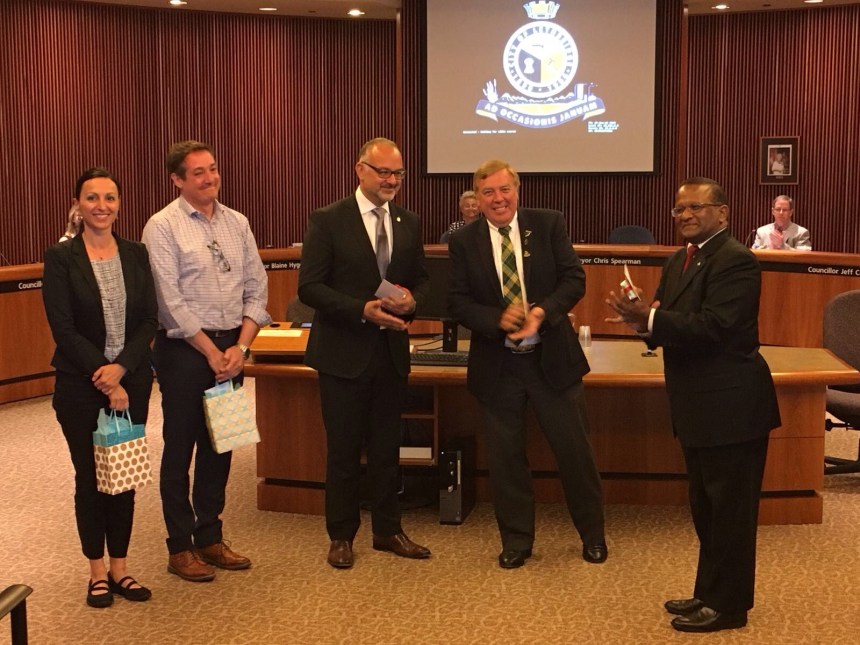 The 50th anniversary of the longest-running Canadian twin city partnership will be celebrated in Saint-Laurent next week, when Lethbridge City Council members, including Mayor Chris Spearman, will join their fellow Albertans for a visit to Saint-Laurent. Activities abound for those who have been involved in the annual exchange trips and the general public will also have opportunities to explore and commemorate the relationship.

Throughout their stay from August 16 through 21, Saint-Laurent Mayor Alan DeSousa has ensured that the Lethbridge visitors will be able to appreciate the best of what the borough has to offer.

An art installation selected with a contest organized in collaboration with the Bureau d’art public de Montréal will be unveiled to commemorate the twinning during a larger celebration filled with music and performances for the inauguration of Rodolphe-Rousseau Square.

« The artwork will give character to the new square, which bears the name of the Councilor who worked closely with his Alberta counterpart to further develop the twinning, » explains Mayor DeSousa.

The Mayor was in Lethbridge with Councilor Aref Salem and a citizen group in July, and the Montreal visitors will include Lethbridge Mayor Spearman, and Councilors Jeff Carlson, Liz Iwaskiw, and Bridget Mearns.

As a treat, the borough is organizing a reunion between the former participants of the annual exchange trip between the two communities on August 20th.

Each year since 1967, alternating groups of teens (14-16-year-olds) one year and older groups (50+) the next, have visited the twin city to discover the main tourist attractions in and around Lethbridge or Montreal and Quebec City. The visitors stay with a family they are paired with, who are responsible for providing food and lodging during downtime. The transportation, activities and meals during group outings are covered by the host city.

Over the past 50 years, more than 600 residents from the twinned cities have had an opportunity to participate in this program.