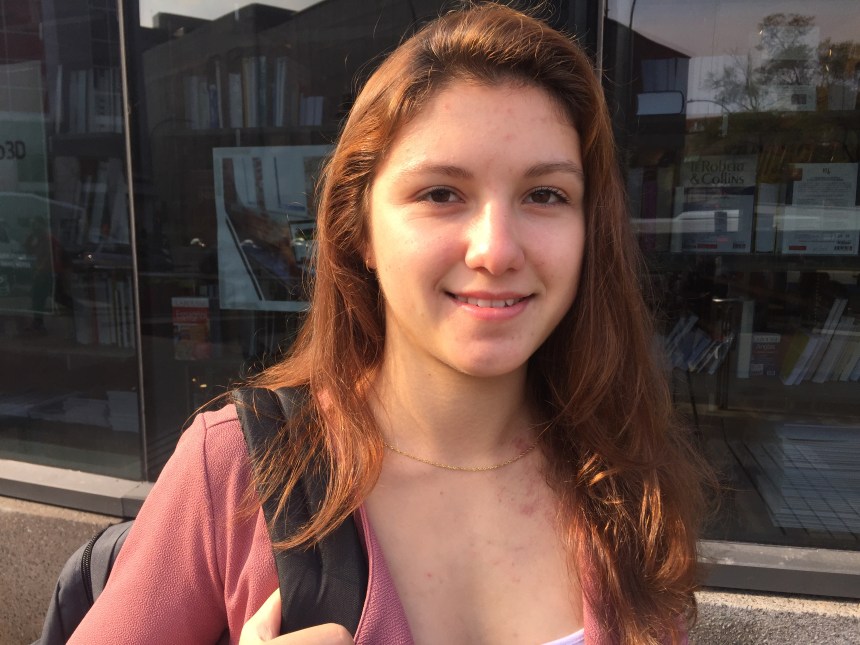 For 20-year-old Iulia Mihai, engineering is in her blood. The Vanier College graduate grew up in a home where construction and electronics were the topics of most dinner table conversations.  Family tradition is only part of the reason she is pursuing this career.  An entrance bursary helped seal the deal.

Mihai was awarded the Bourse femme en genie, a scholarship that awards women in engineering.  The ÉTS bursary is new this year and it aims to encourage more females to study engineering.

« It’s really helpful. It paid all of my fees for my first semester. It’s great, » says Mihai.

Her father Niculae and mother Liliana both studied engineering in their native Romania. This fall, Mihai is beginning a Mechanical Engineering program at École de technologie supérieure (ÉTS) in downtown Montreal.

She is now trying to motivate other young women to follow in her footsteps. Mihai believes engineering is a profession with « no limits ».

« There should be more women. In my class, we are only three or four.  They should come. There are a lot of activities here. There is even a club for women. The atmosphere is great, » she says.

More than 11,000 students are enrolled this fall at ÉTS. Only 14 per cent of the total student population is female. The school wants that number to spike to 30 per cent by the year 2030.

« We have a major challenge of recruiting women. They tend to go more into other science programs. We would like to increase the number of women here in order to increase diversity, to reflect society. Diversity creates better solutions, » says Michel Huneault, Director of Academic Affairs at ÉTS.

Besides the entrance bursaries, the school is trying to close the gender gap by organizing more recruitment events at Quebec schools. ÉTS is also hosting an Open House at the end of January.

« If there could be more women than men at ÉTS, that would be really great. We can show that men or women can do engineering, » Mihai says.

She plans to lead by example. Upon the completion of her studies, Mihai hopes to work in the automotive industry – in the rapidly expanding electric car sector.