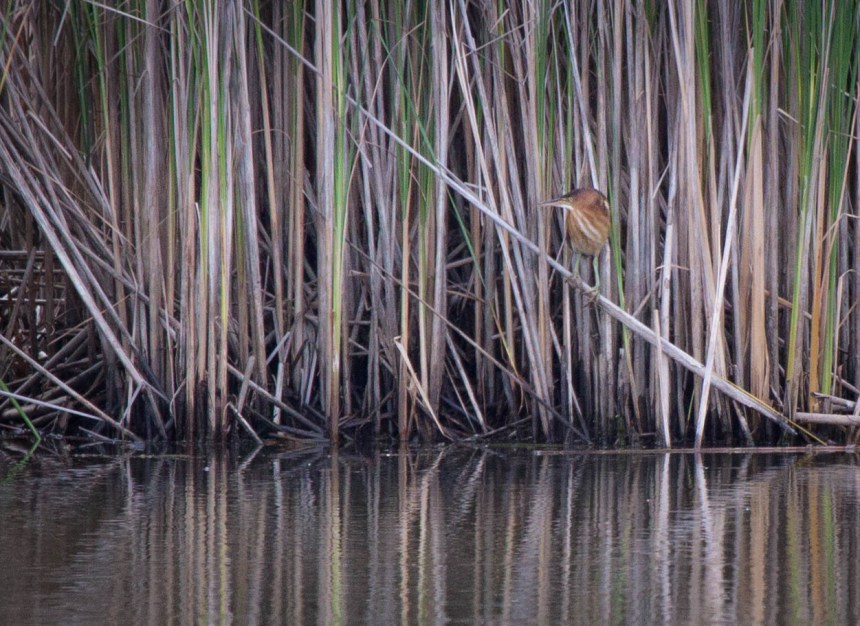 Photo: TC Media - ArchivesLeast Bitterns, a vulnerable bird species, have been spotted in the wetland adjacent to Saint-Laurent's Technoparc.

Construction on a development in Saint-Laurent’s Technoparc has been delayed by two weeks in an effort to protect the ecosystem of the land’s marshes.

Work on the Eco-campus Hubert Reeves was set to begin on Aug. 15, but the research centre has decided to push that date to the beginning of September to not disrupt nesting birds.

“It’s a good measure for this year but what we want to do is save the bird’s habitat,” said Dominic Gendron, who represents the Chateauguay Ornithologist Club. The concern is for the migratory birds, whose habitat will have been altered when they return next season.

Gendron has yet to see the final plans for the project, but will to meet with the Technoparc at the beginning of August along with representatives of the borough and the Conseil regional de l’environnement de Montréal.

“We want to make sure we’re not hurting the ecological system there,” said director of communications for the Technoparc, Carl Baillargeon.

Construction of one building, an extension of Alfred-Nobel St. and a levee that will serve to preserve the water level of the marsh is expected to be completed by spring 2017.

Flags were raised last week by a naturalist who worries that construction on the 20-hectare Eco-campus Hubert Reeves will ruin valuable nesting grounds for bird species.

“The eco-campus is going to smother part of this marsh,” said bird watcher Joël Coutu, who has been studying the area since April. “Wetland species are very nervous. The birds will never come back as much.”

In the 100 hours he has spent working in the area, Coutu has identified 90-95 different species, 70 of which use the area for nesting.

Some also fear the marsh being drained, something the borough of Saint-Laurent and Technoparc say has not and will not happen.

The levee the Technoparc plans to include in the development should protect shrinking water levels and was added at the recommendation of biologists, said Baillargeon.

“The levee is going to be a walkthrough for citizens and residents to have access to the great ecosystems, whereas right now people don’t know about it. It can even become an eco-tourist site,” said Baillargeon.

Located in an eco-territory, 46 per cent of the area will be protected, he explained. One-quarter of the remaining 54 per cent will be green space.

The Technoparc is one of the largest nesting grounds for Green Herons in the province. The Least Bitterns, a species of bird classified as threatened by the Government of Canada has also been seen at the Technoparc. Wetland loss and impaired water quality are primary threats to the species.

Environment and Climate Change Canada (ECCC) has been notified of a complaint, visited the wetlands and have an ongoing investigation to assess if there have been any infractions to the Migratory Birds Convention Act and Species at Risk Act. They were not consulted during the assessment of the development project.

ECCC do not confirm the presence of Least Bitterns in the Technoparc, but at the nearby future regional Parc-nature des Sources and are not aware of any specific bird studies for the area.

Quebec’s Ministry of Environment did not respond to request for comment.