Ringette: Reaching out to the next generation 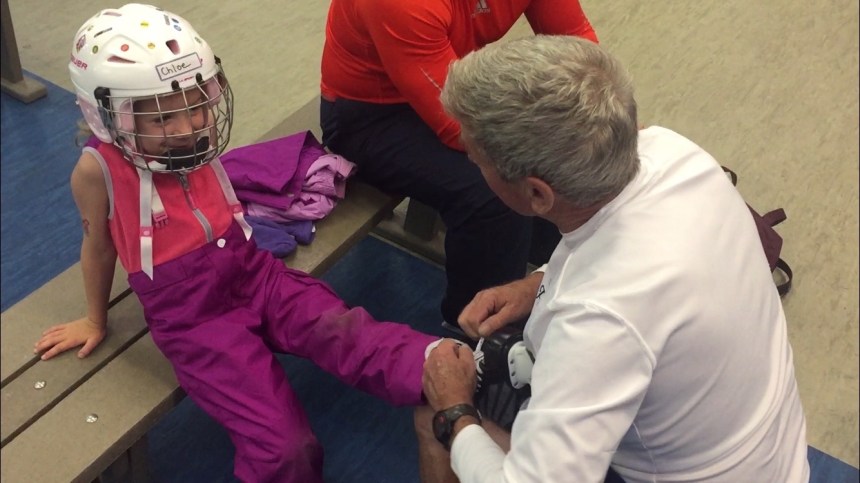 Last month, the Pointe-Claire Ringuette Association held an Open House for anyone who wanted to try the sport for free.  It was held at Bob-Birnie Arena and the rink was packed. Organizers hope they come back for more.

Registration for the sport has been steady for years but officials in Pointe-Claire say there is a growing need for more younger players to pick up the sport – girls and boys aged 4 to 8.

« Our association has a lot of older girls now and many of the teams are also older. But we do need to build up our base again. So, we’re really promoting it this year, » says Artemis Erfle, Girls’ Program Coordinator.

« If you lose that generation, there will be a gap all through the years. There is a need for constant renewal, » adds league president Derek Bell.

Ringette was first played in 1963 in northern Ontario. Like hockey, players skate on ice with sticks and there are six players per team at once. In ringette, the stick is straight, there is a ring instead of a puck and intentional body contact is forbidden. For that reason, it is considered a faster-paced winter sport.

About 350 players register each year at the Pointe-Claire Ringuette Association. The league also accepts residents of Lachine and Dorval. There are five associations for the sport across the West Island.

Most teams in Pointe-Claire begin play in mid-September with pre-season games.

Youngsters under 8 will need to learn the basics before picking up a stick and flinging a ring on net.

« They have to learn to skate first, to move on the ice. It’s a progression, » says Bell.