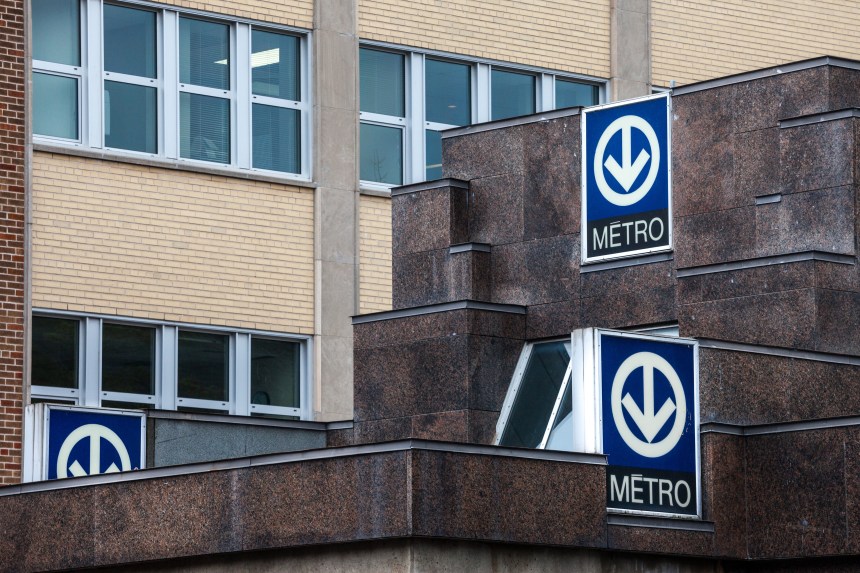 After years of debate and research, the Montreal métro’s Orange Line may be extended to the Bois-Franc neighbourhood – and Saint-Laurent residents appear to be cautiously optimistic about the prospect.

“I don’t want to get my hopes up in case it doesn’t happen, but extending the métro to St-Laurent would be a dream come true,” said Jessica Buning, a 22-year-old Bois-Franc resident who claims her daily trek to Concordia University is a hassle due to a lack of public transport options nearby.

At an executive committee meeting two weeks ago, Montreal Mayor Valérie Plante officially announced her proposal to extend the western branch of the Orange Line northward to Saint-Laurent. Her proposal would lead to a 2.2-kilometre extension that stops at Poirier and at Bois-Franc, where there will also be a Réseau Express Métropolitain (REM) station.

“Extending the Orange Line seems logical,” said Sofia Brek, who resides in Cartierville with her husband and three children. “The more stations, the better, right?”

According to Plante, the project is necessary to overcome congestion on the city’s highways, which she expects to get significantly worse due to upcoming developments in the Décarie corridor. It includes the construction of the $7-billion Royalmount Complex and the revitalization of the area surrounding the former Blue Bonnets Raceway.

“As much as I love the idea of extending the metro, I don’t think it will happen,” said Joseph Sanderson, who has lived in Saint-Laurent for over 40 years. “They’ve been talking about it for so many years, and nothing has happened yet.”

At the conference, Plante called on the Quebec government to help finance the Orange Line extension as part of its budget for the 2020-2021 fiscal year. While the mayor said she did not know how much it would cost, she mentioned the provincial government could save money if it backs the project soon, as a REM station is currently under construction in the area.

“It’s already an open work site, so the government could get a bang for its buck when it comes to construction,” said Saint-Laurent Mayor Alan DeSousa, who previously advocated for the project for many years. “It’s a no-brainer, and we shouldn’t waste any more time.”

While the Quebec government will only table its upcoming budget on March 10, DeSousa is confident that a sense of unanimity will convince the Coalition Avenir Québec to provide the funds needed to back Plante’s proposal.

“I haven’t spoken to a single Saint-Laurent resident who doesn’t want this project to happen,” he said. “Out of all the transport projects on the island, this extension is the one that is most likely to be supported by the provincial government, because this is the one that Montreal residents seem unanimous about.”