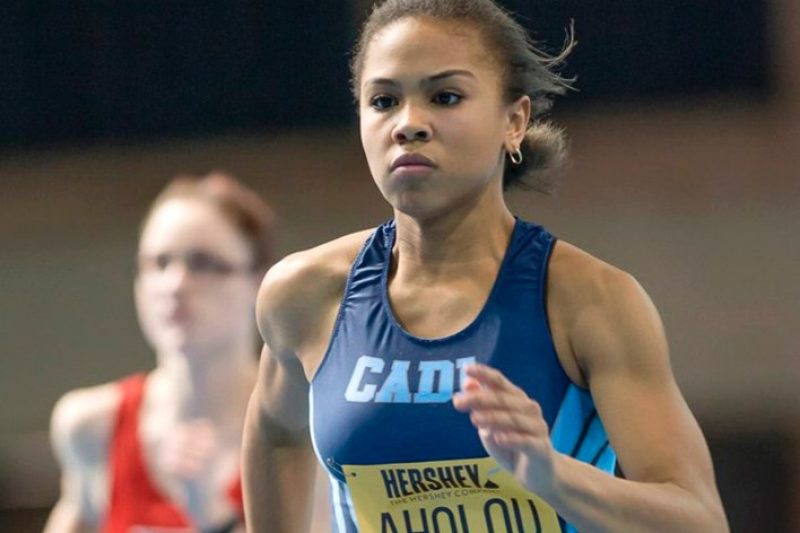 Synchronized swimmer Maria Gheta and track and field athlete, Tatiana Aholou, are recipient of a $4,000 scholarship for Academic Excellence from National Bank in partnership with the Québec Foundation for Athletic Excellence. Both Vanier College students successfully balance sport and study, and achieve leadership. In all, 40 athletes recently received bursaries celebrating academic excellence. 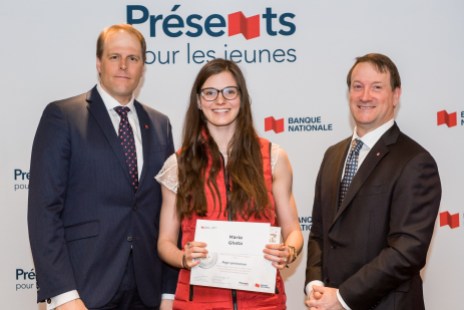 Maria Gheta won gold in the duet at the Senior Canadian Championships last year. As a member of the Quebec Team, she was also on the gold winning team at the US Open in California.

Her bursary for Academic Excellence is reflected in the fact that in spite of her demanding training schedule, Maria maintains a 91% average while studying science at Vanier. She is a high performance and energetic swimmer with great extension while executing her figures.

Maria likes the multidisciplinary aspect of her sport, which requires the grace and flexibility of dance as well as strength, endurance, imagination and good lungs. She dreams of participating in the 2020 Tokyo Olympic Games.

Passionate about science and the environment, she plans to pursue university studies in meteorology. 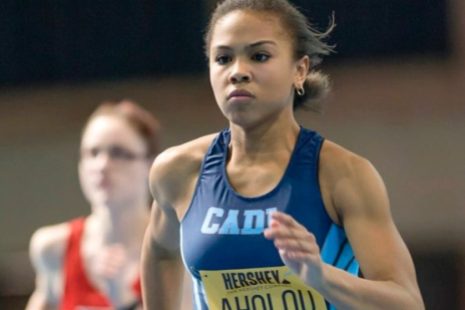 Tatiana Aholou set a Quebec junior record in long jump with a jump of 6.04 meters and a record in the 60-meter hurdles with a time of 8.41 seconds. She was a triple champion in the 60-meter, 60-meter hurdles and the long jump at the 2016 Canadian Indoor Championships. As well, she was a double Gold Medal winner in the 100m at the Canadian Youth and Canadian Junior Championships also last year.

In spite of her very busy schedule, Tatiana, who studies Science at Vanier, manages to maintain an 88% academic average. She is a gifted athlete with unusual speed and the ability to adjust her technique very rapidly. She is working on improving her sprint starts and reaction times as well as her skill on the jumping board of the long jump.

Tatiana hopes to represent Canada at this year Youth Commonwealth Games and eventually continue practicing her sport at university level.

Her long-term goal is to pursue a career in psychiatry.