Scoring Off The Ice 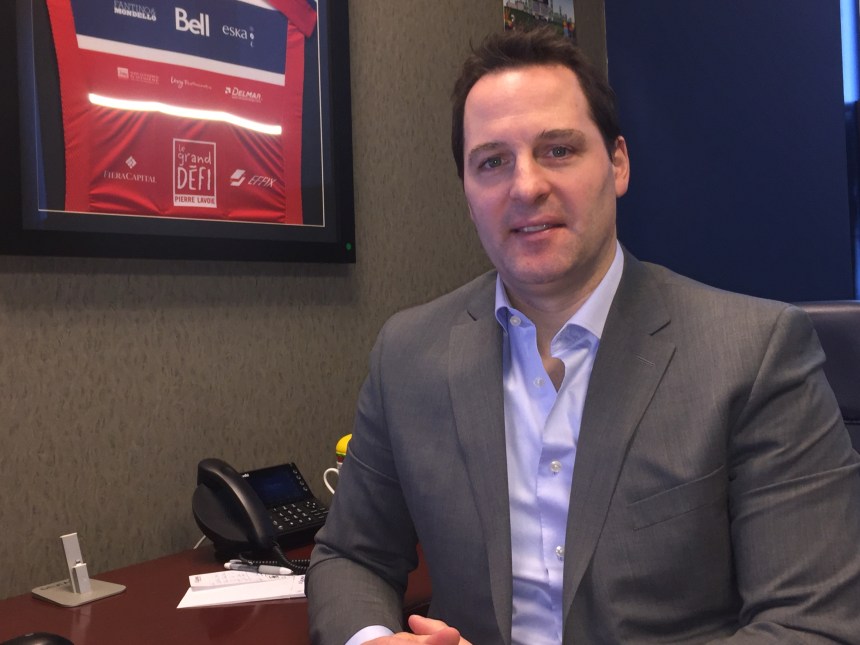 The transition to life after hockey can be an abrupt reality check for many former National Hockey League players. Saint-Laurent native Mathjeu Darche appears to be one of the exceptions.  The former Montreal Canadien appears to be enjoying the 9-to-5 lifestyle.

Darche is the Director of Sales and Marketing at Delmar International, one of the country’s top cargo management companies. He began working at the Lachine-based firm a few months after hanging up his skates in 2013.

“I couldn’t just get up in the morning and do nothing. I’m too hyperactive. This is intellectually challenging. It feels good because I am putting my university education to the test,” the 42-year-old says.

Darche obtained a Bachelor of Commerce in Marketing and International Business at McGill University.  He studied at the school from 1996 to 2000.  Upon completion of his degree, he signed his first pro contract with the Columbus Blue Jackets.  Darche also suited up for the Nashville Predators, San Jose Sharks, Tampa Bay Lightning and the Canadiens. He played a total of 250 regular season games in the NHL.

“I made a great living playing hockey, but I didn’t make superstar money,” he says.

The married father of two says playing a team sport helped him settle into his role at Delmar.  The position also means quite a bit of travel– another thing he’s used to.

“The hardest part of being working here is the weight gain. There’s a lot of eating out.  When people ask me when I retired, I don’t say six years ago, I say 35 pounds ago,” Darche says laughing.

Darche admits there are many perks to his job. At the top of the list, he’s located “close to home”.  His place of work is located a ten-minute drive from the neighbourhood where he grew up.  He was raised on Place Guertin Street in Saint-Laurent.  The nearby Raymond-Bourque Arena on Thimens Bouelvard is where Darche played his minor hockey.

“I still get a chance to go there from time to time.  I have a lot of friends in Saint-Laurent.  I’ll always be a Saint-Laurent boy,” he says.

Darche says when he was a member of the Canadiens, he once had supper with Raymond Bourque in Boston.  He describes it as one of his best NHL moments.

Darche has many fond memories of his life as a professional athlete.  He’s now sharing his knowledge with youngsters at a high school on Montreal’s south shore.

He volunteers his time as the head of hockey operations at Collège Jean-de-la-Mennais in La Prairie. His two sons, Samuel and Benjamin, both play on the team.

“They both want to play professional hockey one day. I want to make sure they get an education first,” Darche explains.

The former NHL’er will tell you earning a university degree is just as valuable as a powerful slap shot.

He’s proof of that.