Keeping the Tradition in Verdun 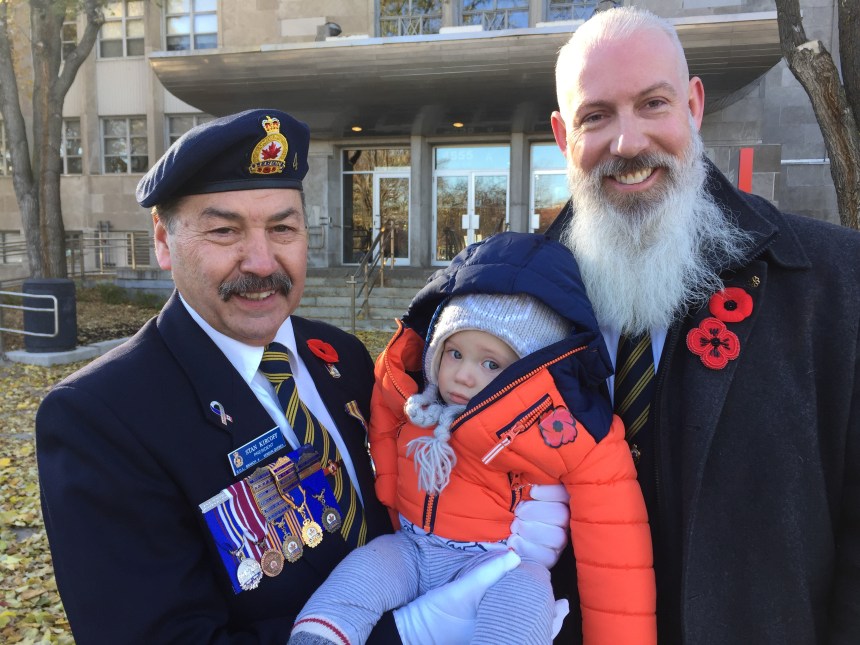 For Verdun city councillor Sterling Downey, Remembrance Day is an important time of the year.  It’s an opportunity to commemorate the sacrifices his father and grandfather made on the battlefield during the two World Wars. This year, he’s sharing his thoughts and prayers with his 8-month-old son Graeson.

On November 4, Downey held his son during a special ceremony in front of Verdun borough hall. He whispered in his ear as the sound of bagpipes filled the air and even carried the little boy to the war memorial as officials laid wreath to honour fallen soldiers.  For Downey, this was a moment he’s been looking forward to.

« It was his first Remembrance Day ceremony.  It was an absolute must.  Graeson might not fully understand what it is now, but every year as we get older together, we will share and talk about these things. Hopefully one day, he will be able to spread the word, » says Downey.

The proud Papa has already brought his son to other community events organized by the Verdun Legion and the Saint-Patrick’s Day Committee.

« Since the third week he was born, he’s heard bagpipes. So, he’s familiar with all of this, » Downey adds.

Little Greason has also stood by his father as he distributed poppies to residents across Verdun.

For Verdun Legion president Stan Kircoff, seeing Downey go the extra mile with his son was heartwarming.  He believes schools across Montreal should also do more to educate the younger generation about the war efforts.

« Everybody needs to get more involved.  I know nobody wants to talk about war but it’s inevitable with Afghanistan and the ongoing fight against terrorism.  We have to make sure children are not afraid and they have to be aware of what is going on, » says Kircoff.

The ceremony ended with a short parade around Verdun borough hall.  Graeson held his father tightly as they marched alongside war veterans and reservists with the Canadian Forces.  The little boy brought smiles to everyone in attendance.  For Sterling Downey, it was a day he’ll never forget. 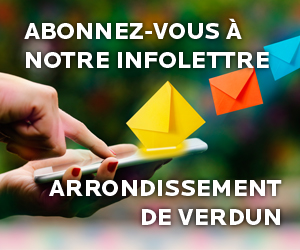